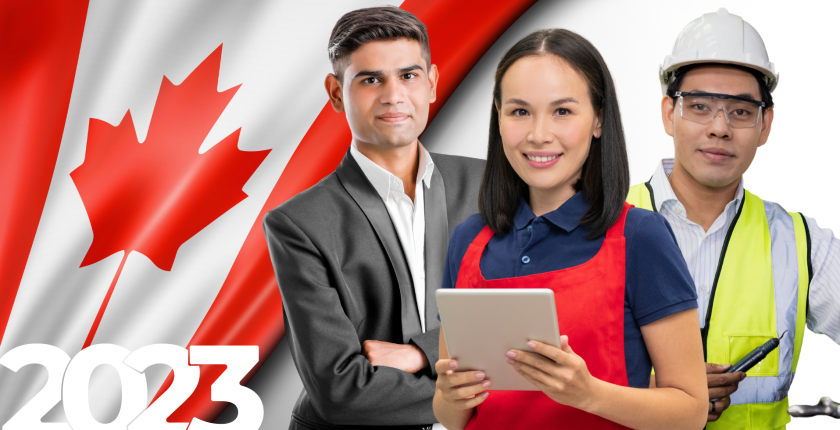 Foreign Workers in Canada in 2023: What to Expect

2022 was a very successful year for Canadian immigration. It was reported that Canada saw record-breaking numbers in work and study permit applications. By the end of December, approximately 5.1 million applications were processed by the IRCC – almost twice as many as last year. More specifically, more than 700,000 work permit applications were processed. In addition, the country was able to meet its goal of welcoming 431,645 new permanent residents. These numbers prove that the demand for Canadian immigration, especially for work-related reasons, is at an all-time high. Therefore, expect immigrating to Canada in 2023 to be filled with plenty of opportunities and pathways.

2023 will be an exciting year for Canada’s future and current international workers. As mentioned, there will be more career opportunities throughout the country and more permanent resident pathways for you and your family. Alongside current immigration programs that will continue to the new year, there are new pathways and measures soon to be implemented in 2023:

Due to the record-breaking numbers set by Canada, it is no surprise the country is targeting an even higher target for immigration. Therefore, expect Canada to support and expand numerous immigration pathways for students, workers and businesses. The following are Canada’s targets for the four most popular immigration pathways:

To view targets for other programs, read here.

According to the Immigration, Refugees and Citizenship Canada (IRCC), Express Entry Draws will invite candidates based on specific attributes rather than their overall CRS score. Immigration Minister Sean Fraser believes this change will help Canada’s assessment of immigration intakes and invites those likely to have economic success. It will also help with the distribution of labour, especially for sectors that highly demand qualified workers. Those with experience in highly skilled sectors can significantly benefit from this change. This change may address the ongoing labour shortage nationwide with millions of job vacancies.

Express Entry draws will soon begin sending out invitations, starting in January of the new year.

Beginning in January 2023, spouses of foreign temporary workers in Canada can be eligible for an Open Work Permit, giving them the opportunity to work in Canada and be alongside their significant other. Previously, only the spouses of those in highly-skilled occupations, such as those in healthcare and finance, could apply for the open work permit. Approximately 200,000 temporary foreign workers are currently living and working in Canada. Therefore, expect an equal amount of new workers to enter the country next year due to this new measure.

Canada will implement this measure via three phases, organizing the level of temporary workers. To learn more about this new measure, read here:

Canada will continue to support Francophone communities in Canada, especially those outside of Quebec. The country is helping preserve the French Langauge as much as possible. This is why in 2023, Canada will open and expand immigration pathways designed for francophones to attract workers with French-Speakers abilities to work in Canada.

On October 7, 2022, Sean Fraser, the Minister of Immigration, Refugees and Citizenship of Canada, announced that they are temporarily lifting the limit for off-campus work hours for international students. Before this announcement, the maximum hours a full-time international student could work per week was 20 hours. This temporary initiative, which will run from November 15, 2022, to December 31, 2023, will address Canada’s ongoing labour shortage and aid international students with their tuition and cost of living.

However, Canada still encourages those on a student permit pathway to prioritize their full-time school course load. Students who reduce their course load and become part-time students will not be eligible to work more than 20 hours. 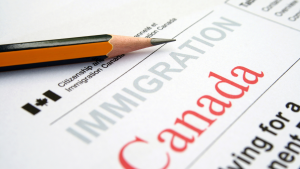 The Atlantic Provinces (Nova Scotia, New Brunswick, Newfoundland and Labrador and Prince Edward Island) are slowly becoming desired destinations for newcomers to work and settle. The Atlantic Immigration Pilot (AIP) is a popular immigration pathway for those seeking settlement in one of the four provinces. The pilot invites thousands of candidates every month.

In 2023, the pilot is determined to increase retention rates across all four provinces. The goal is to maintain rates similar to its fellow, more populated provinces such as Ontario and British Columbia. To do so, the pilot will implement several settlement and recruitment programs to assist newcomers in adapting and settling into the province’s culture more seamlessly. As well as other measures, they hope to develop more plans to promote the Atlantic provinces for newcomers to call home.

The International Experience Canada (IEC) Program is designed for individuals aged 18 to 35 (30 in some countries) to travel and work in Canada. This program allows young newcomers to gain valuable Canadian work experience, enhance their English and/or French speaking abilities and work in one of many world-leading industries.

Canada will have more programs and measures coming your way in the next few months and the rest of the year. Here at mana jobs, we keep you updated with the latest news surrounding work and job opportunities all around Canada. Follow and stay tuned to our Facebook, Instagram and LinkedIn for upcoming news, announcements and job openings.